Glutathione - Why all the Noise?

One of the "Hottest" new health supplements

Glutathione (GSH) is a word that many people are still not familiar with, but given that there are over 100,000 medical and scientific journal articles written on this subject to date, it is one of those terms that will eventually work its way into our common everyday language. One of the reasons for GSH’s increasing popularity, is that it exists in every cell of your body and is essential for life and critical for health.

One common myth about glutathione is that you can eat glutathione and consequently raise your body’s GSH levels. Untrue. Eating glutathione supplements or foods rich in glutathione will not do the trick. Most of it will end up being broken down in your digestive tract and eliminated. Since glutathione is made within your cells, what needs to be accomplished is delivering the building blocks (“precursors”) of GSH to the cells themselves. The hardest glutathione precursor to find in our diet is the amino acid “cysteine” which must be in a form that survives the trip from your mouth to your living cells. This is not as easy as it sounds.

In nature, this usable form of cysteine can be found in eggs, but the eggs must be raw, otherwise the proteins that carry the cysteine are changed by heat and lose their efficiency as a “cysteine delivery vehicle”. Another good source would be meat, but again, the meat would need to be raw to be a competent source of cysteine. Aside from a well-prepared steak tartar, safe sources of raw meat are not abundant. What about vegetables? You guessed it. Raw cruciferous veggies are a decent source, but you would have to eat a whole bunch of broccoli with all the gaseous consequences your spouse will suffer.

Whey, a protein fraction of milk, is a source of glutathione precursors. The glutathione building blocks in whey are very fragile, but techniques to extract these valuable proteins have been developed. Researchers at McGill University had started investigating these GSH precursors as early as the 1980’s. The original research team headed by Dr. Gustavo Bounous eventually formed a private enterprise to further develop and market these glutathione building blocks. They adopted the trade name “Immunocal” for the eventual formulation and Immunotec continues to enhance this product. Immunocal is a natural source of the glutathione precursor cysteine for the maintenance of a strong immune system. 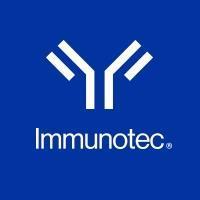